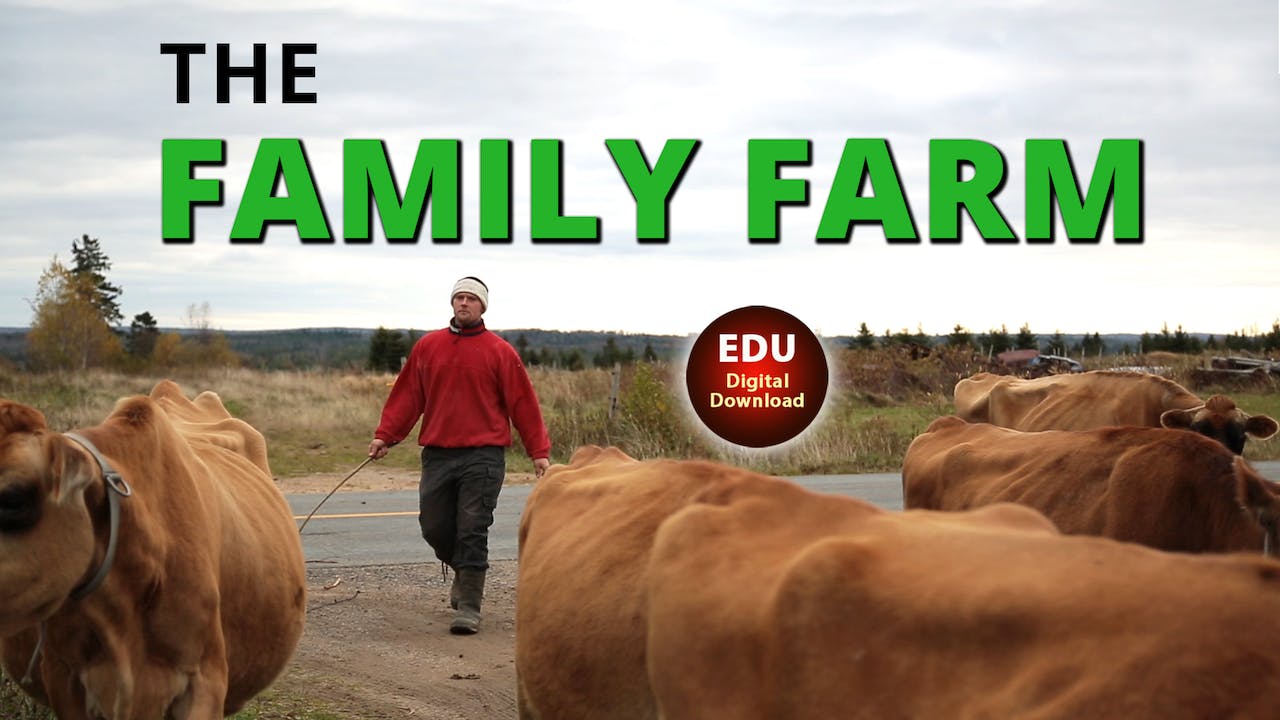 In its journey across the majestic Canadian countryside, The Family Farm explores the diverse agricultural pursuits of earnest farm families, and serves as a window into the food production process that modern day consumers have become estranged from.

The film begins in Nova Scotia with egg farmer, Aaron Hiltz, who was confronted by the provincial egg board and asked to get rid of the majority of his flock. Hiltz’s story highlights the issues many farmers face and the flaws associated with what he considers an outdated system.

The exploitative side farming is also exposed through Manitoba farmer, Carlyle Jorgensen’s retellings of his experience working with an oil company who dug a well on his prime farmland despite his disapproval.

A season spent with these farmers and others reveals the key role they play in sustaining traditional farm knowledge, promoting environmental stewardship and maintaining food security. The Family Farm focuses on imbuing the importance of understanding where our food comes from and emphasizes the crucial role family farms play in ensuring the survival and well-being of local communities and environments.

Produced and Directed by Ari A. Cohen