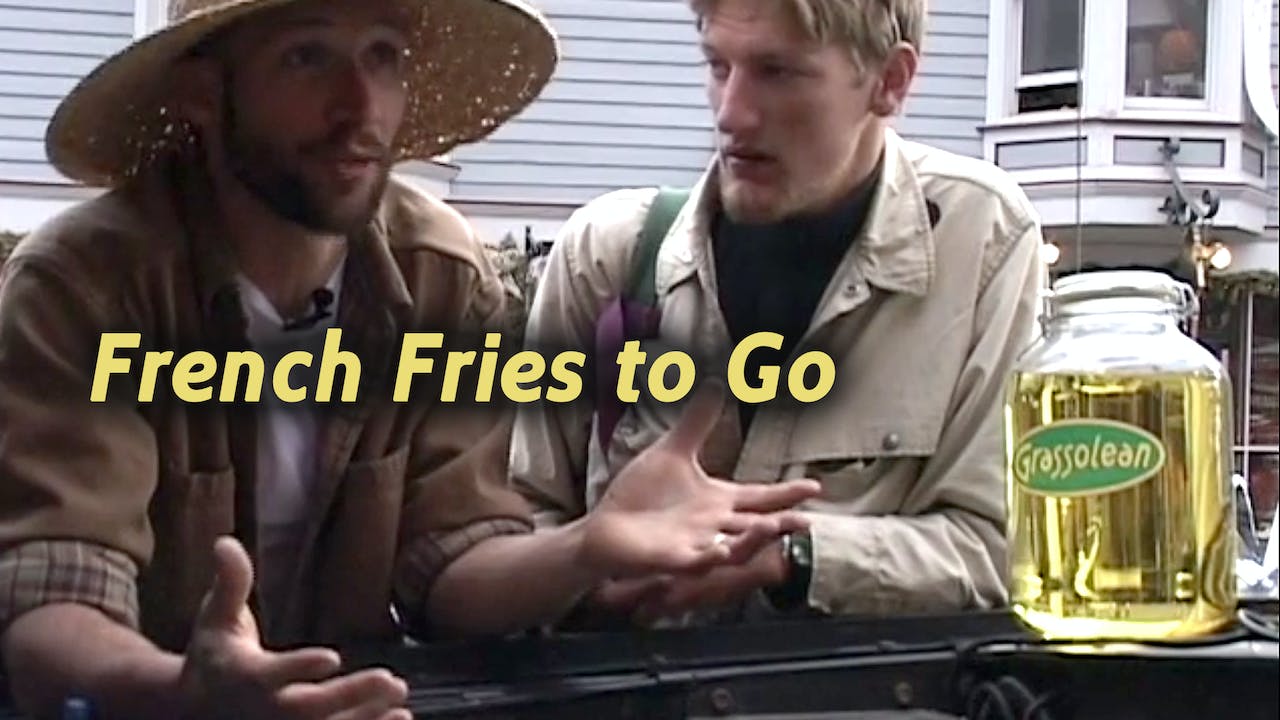 ‘French Fries’ is an award winning film that documents the origins of Telluride’s Biodiesel project, which resulted in the launching of the first city bus in the nation to run on 100% pure Biodiesel.

This funny and thought provoking piece is pure Telluride, Colorado, having been made by a local filmmaker and featuring a cast of colorful characters from around the region. ‘French Fries’ is the story about a guy, his truck and a bunch of used vegetable oil. This timely film is about an ecologically safe, renewable fuel, and follows ‘the Granola Ayatollah of Canola’ (a.k.a. Charris Ford) as he makes the rounds educating and inspiring folks in his veggie powered rig. Unlike many environmental films, this one really makes you laugh.

Charris gives the musical genre ‘Eco-Rap’ a lovable and compelling Hip Hop star of it’s very own. Woodstock Musicians (fusing electric sitar, stand up bass, bluegrass and rap) help make this inventive sound track quite fantastic. Some of the musicians heard on this film have played in the famous ’60s group ‘The Band’ and on some of Jerry Garcia’s solo acoustic projects.