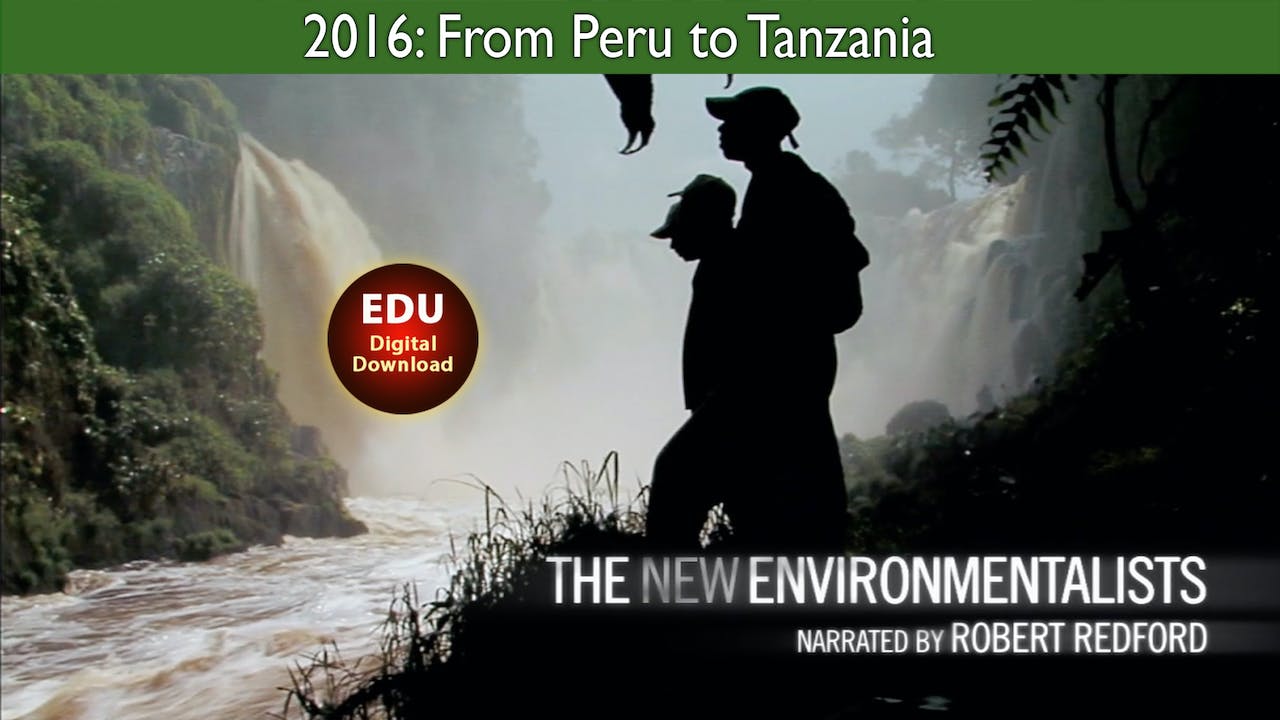 2016 The New Environmentalists: From Peru to Tanzania - EDU

Destiny’s Bay | United States - Destiny Watford organized her classmates to prevent construction of the nation’s largest incinerator in a Baltimore neighborhood less than one mile from their high school.

Forest Sentinel | Cambodia - Leng Ouch risked his life when he went undercover to expose illegal logging and government corruption that was rampant in Cambodia.

The Decree | Slovakia - Public interest lawyer Zuzana Caputova spearheaded a campaign to shut down a toxic waste dump that was poisoning her community. Her efforts took her all the way to the Supreme Court.

Water Song | Peru - Máxima Acuña, a subsistence farmer in Peru’s northern highlands, stood up to the giant Newmont Mining Corporation over the development of a gold and copper mine on her property.

The Pastorialist |Tanzania - Edward Loure organized his Masaai community and lobbied to claim land titles for Tanzania’s indigenous tribes, thus securing their stewardship of more than 200,000 acres of traditional lands.